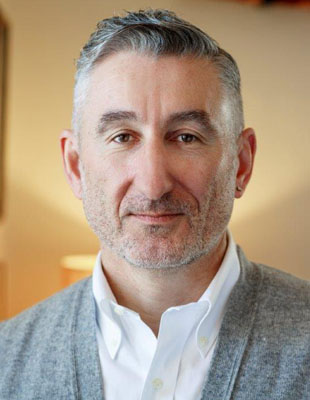 Gordon initially studied Law and then Building and Construction before rediscovering his love of Human Biology. This, combined with a very stressful period in his life made him search for answers which he found in the guise of natural Therapies.

So intrigued was he by his treatment and it’s success that he went on to study at the Perth Academy of Natural Therapies (PANT) where he completed his studies with awards for Naturopathic prescribing and Best performance in Clinical practice. Years later he returned to PANT as a lecturer where he taught both Iridology and Herbal Medicine.

Next came a position with the Pharmacy 777 group consulting for them and eventually managing their Nutritional department for 10 years. This is where Gordon cut his teeth and learned invaluable lessons about pharmaceutical medicines  and the state of our health industry.

He then purchased South Perth Naturopathic Clinic, a well established and respected Clinic, which he works in to this day (now known as Perth Naturopathic and Herbal Clinic). He also started his radio involvement, firstly with 6PR and then with Curtin radio where he can still be heard today talking with Jenny Seaton on matters of health.

After 22 years working and consulting in the field as a Naturopath and after having viewed over 40000 sets of eyes Gordon has discovered that his love of consulting and listening to people has not diminished.

Certainly over this time a lot has changed, the science behind Naturopathic philosophy, in particular, has evolved considerably. Evidence based medicine, clinical testing such as Gene testing and Functional Gut Analysis have made huge changes to the way we practice. However Gordon has been especially careful to not exclude the artforms and ways of his forebearers. Iridology, Sclerology and Homoeopathy hold a particular fascination for him and time and time again they have proved their worth in situations where nothing else has helped.

On going education, keeping an open mind, spending time listening to his patients and continually evolving his faith in his intuition whilst working in the dynamic of a large, busy and incredibly supportive clinic environment is where Gordon is at currently.

He  believes strongly in the ability of the body to heal itself given right the conditions and in the power of nature to assist when properly utilised.

He looks forward to meeting his next patient and being of service.

Listen to Gordon on Curtin FM